My grandmother died rather unexpectedly back in March. 77 days later my grandfather joined her as he could, quite literally, not live without her. I wanted to share this story as I have been thinking on what he meant to me the past couple of days.

Until I was about eight or nine I thought my grandfather’s name was Dink Aryain. Everyone called him Dink. Grandaddy Dink. Never did I once think this was an unusual or silly name. When you’re a child and someone gives you information, you usually accept it and move on.

I learned the truth when I was staying with them, probably during the summer, probably with my cousins. We were looking through a junk drawer in the guest bedroom (it had a water bed AND a small tv and I have memories of sleeping with the windows open and watching Kerri Strug NAIL her landing on one foot during the 1996 Olympics) and I came across a name plate. One of those that you would sit at the front of a fancy desk in a fancy office.

It read “Jameil Aryain” with “mayor” printed underneath.

My mind immediately jumped to all the mysterious things this could mean. Did my grandmother know about this man? Was this a relative in a position of power I had never met? Did someone steal this?!

My heart thumped in my chest as I carried it to my grandmother. She was sitting in her big lazy boy curling her hair. She always kept her curling iron plugged in on the wall with the fireplace by this chair. I’m 99% sure she had on soap operas which would explain why we were bored and looking through a random junk drawer in the first place. It also would explain why my thoughts immediately went to adultery, a secret relative, and robbery.

I held up the name plate. “Grandma. What is this?”

“Oh that’s from when Grandaddy was mayor of Seminole!”

I cut her off because there was something more pressing than the story of my grandfather’s civil service.

“Jameil. That’s Dink’s real name. Dink was a nickname given to him by Uncle Eddie back when he was a little boy and it just stuck. Jameil means beautiful in Arabic.”

My young mind was blown. Beautiful? My grandfather’s name meant beautiful and we all ran around calling him Dink? What in the world?

I carried the sign back to the bedroom and put it away. I contemplated my grandfather. He was one of my favorite people. He was filled with joy and would laugh out loud at all us grandkids. Not in a make fun kind of way, in a way that told me he was filled with love and laughter is what bubbled over when he opened his mouth.

He had a woodshop in the back yard and made all kind of beautiful things. I have a giant Ark that he made to house my beanie babies (first bought for me by my grandmother and still played with today by my children!) He made chairs, tables, and I remember the way the light was different back in that shed and how it smelled of fresh cut wood mixed with a strong scent that was either paint or stain.

He loved the outdoors and took all the grandkids camping at some point in our lives. He loved walks and parks and helped create a few in his town as well as help maintain trails at state and national parks. I actually learned he had died while I was camping with my family and I sat under the stars smiling and crying, knowing he would be happy I was out there and I felt a little less lonely.

When I thought of all these things I realized I could no longer call him Dink. He was Jameil. He was a beautiful person and he made the world more beautiful by being in it.

Not everyone calls him Jameil now, but a lot of people do. And when he moved to Dallas he began going by his given name so everyone that met him from that point on had no knowledge of Dink. I don’t remember if I ever told him why calling him Jameil was so important to me. I think I tried once and I hope he knew it was my way of honoring him, of telling him I loved him.

I’m so lucky I had my Grandma Pat and Jameil in my life for 35 years and I’m so lucky they lived close enough growing up and later after I had kids that they were able to be a big part of my life. I will wish with all my heart that I could hear their voices one more time, and maybe some day I will, but for now I am just thankful for this person that made me feel unconditionally loved and hope I can make at least one person in my life feel that way too.

One thought on “My Grandfather’s Name”

Chill from the Beginning 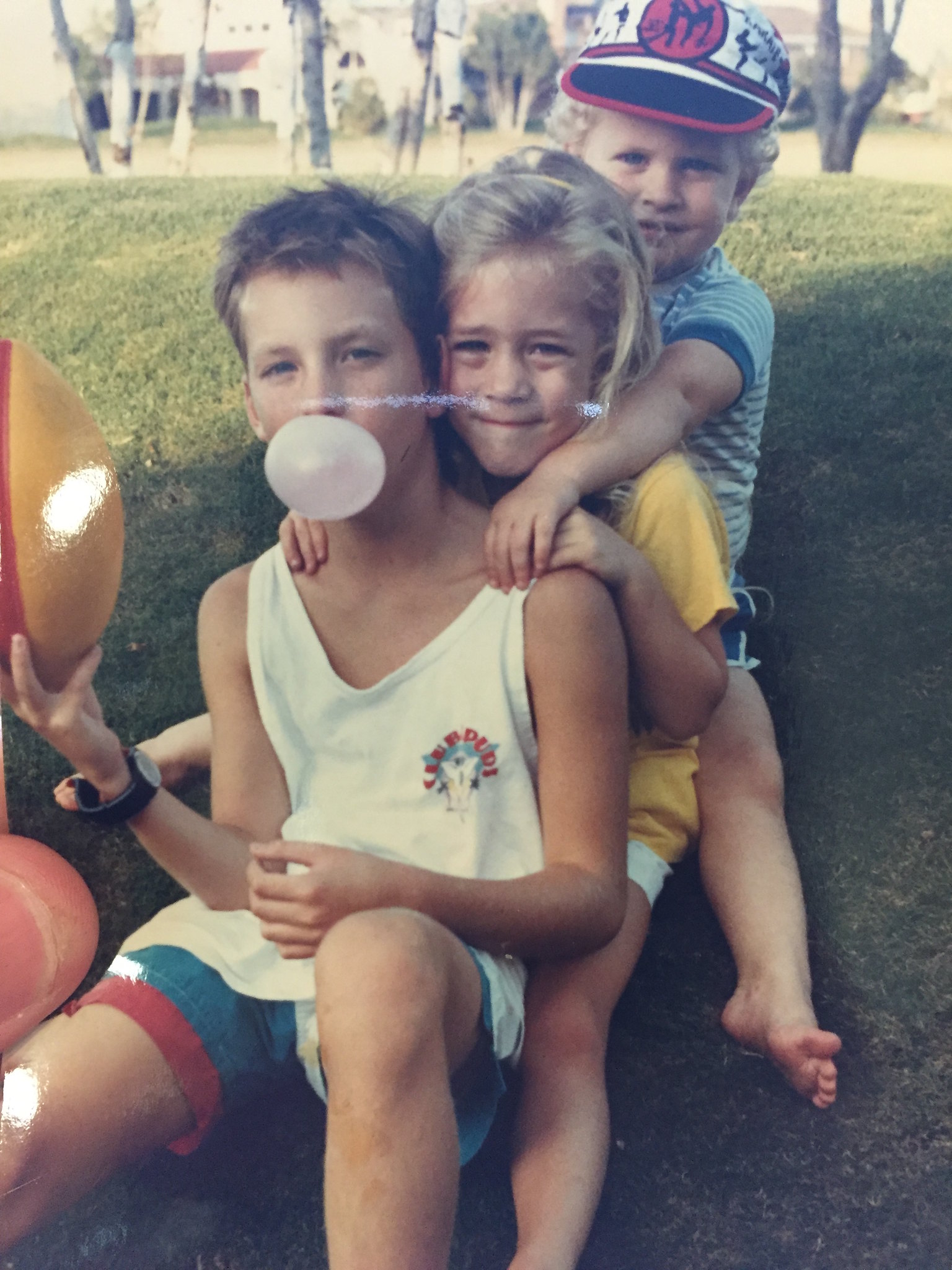 Like my monthly Pattern Company Reviews? You can help me keep them going by supporting me here